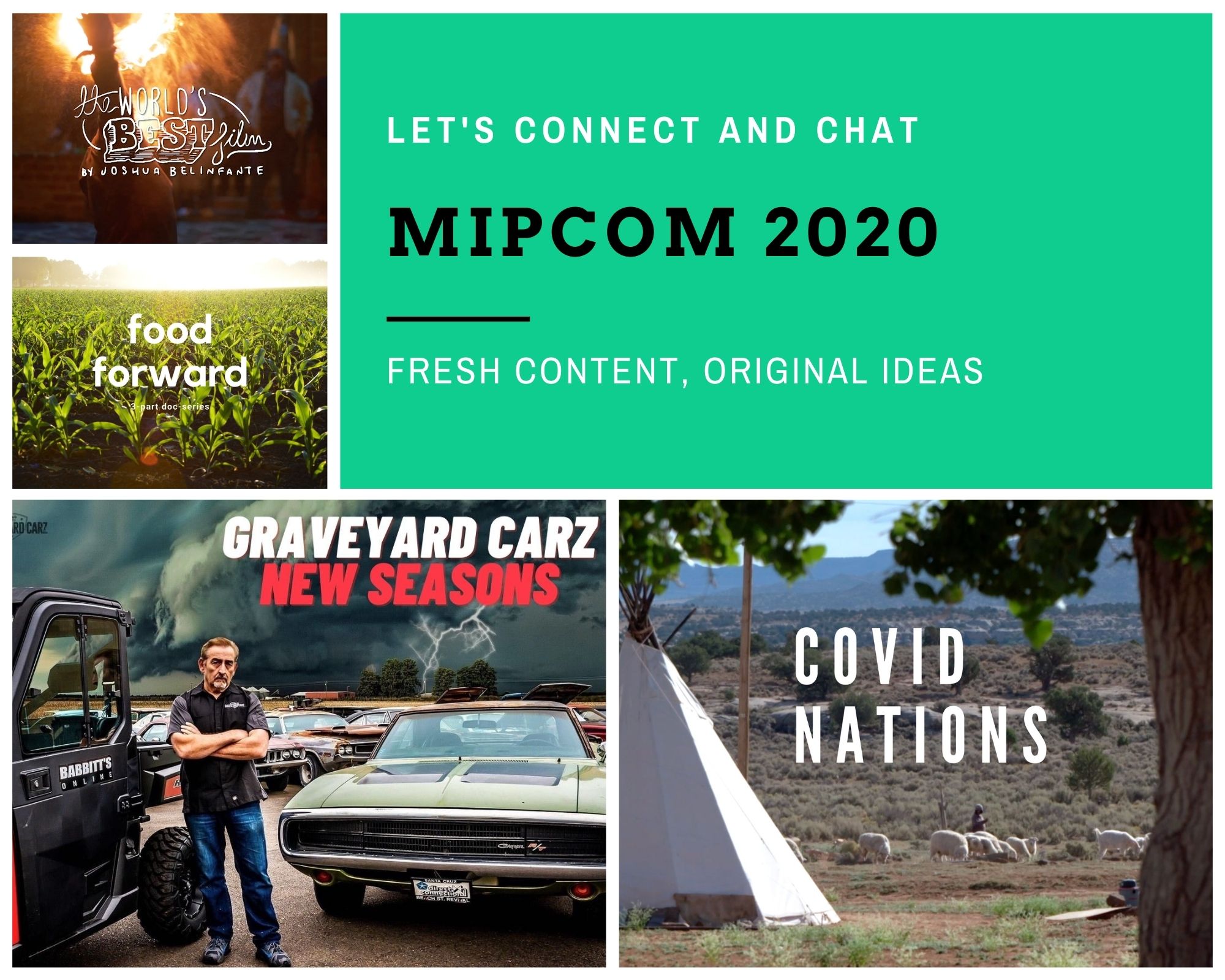 As Mipcom pivots for the first time to an online only networking event, we have joined participants from all over the world at what is arguably the biggest content market of the year.

Armed with a slate of new releases including our brand new Shorts selection, we want to connect with buyers looking to establish new opportunities and explore exclusive content.

There is plenty of content to get excited about including brand new series from the producers of Graveyard Carz and pre-sale partnership opportunities for our Originals.

Book a meetup with us at Mipcom to chat further.

February kicks off with a premiere screening of our new series Chronicles X produced and directed by Stelios Kokotos of Mystical Guides Studios.

Developed originally as a podcast, Stelios decided not to limit his idea and seized an opportunity to expand the format into cross platform content giving this series a new modern twist.

The spine of the show centers around the podcast and includes interviews with special guests combined with on location adventures, as we follow our young hosts Elly and Jason as they explore and uncover the mysteries of Australia’s past by investigating iconic locations, revealing veiled relics that often go unnoticed, that, may offer doorways to a greater realm.

With infectious enthusiasm, Elly and Jason, lead Chronicles X down a historical and mysterious path to deliver a unique genre jumping series. This is definitely not your average mystery show!

Screening of episode 1, Castlemaine Gaol, is this Friday 7th February, in Melbourne. Meadow Media has free tickets available, so, if you’d like to attend reach out to us for further details. 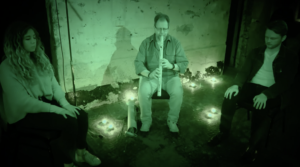 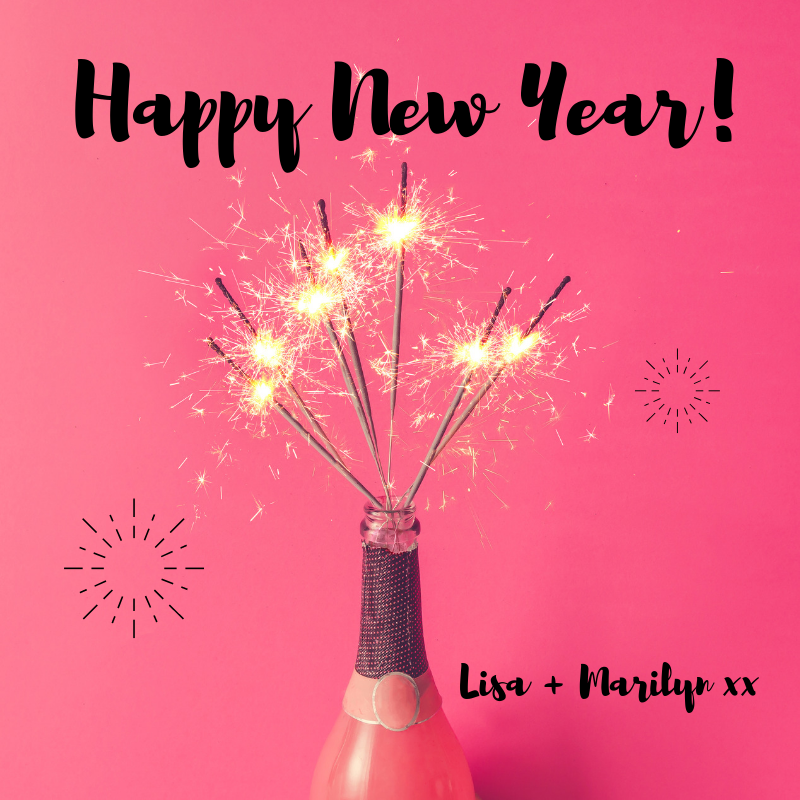 Welcoming in the New Year

With heavy hearts we recognize the devastating impact the bush fires have had on many communities across the country. We reflect on the loss of lives, homes, livelihood, landscapes and wildlife. We extend gratitude and thanks to all those involved in fighting the fires and supporting communities impacted. To all our families, friends and Australian colleagues we are thinking of you – stay safe over the coming months.

Looking forward, we move into January with renewed enthusiasm and new goals for 2020. This month we reset, and focus on new projects, scope for opportunities and foster partnerships – new and existing.

It’s these new partnerships that bring us our first new release for the year. A film five years in the making and shot across three continents, ambitiously titled The World’s Best Film.

Produced by Australian Joshua Belinfante, the quirky and off beat documentary searches the world for those brave enough to pursue their passions and become the very best in their chosen field.

We also love working with homegrown talent, who are passionate about bringing uniquely Australian stories to audiences. Upcoming series, Chronicles X, takes a genre-bending look at some of Australia’s most curious locations. This new format melds podcast with first hand interviews and down right spooky shenanigans set in infamous locations. Chronicles X, is one for those with a love of history and a healthy curiosity for the paranormal. Keep an eye out for Chronicles X updates over on our facebook page or follow @chroniclesx_tv on insta.

Auto documentary FLATS from Australian entrepreneur Nigel Petrie and Matte Media, takes in the spectacular Great Ocean Road on Australia’s south coast and drives you through to the Lake Gardiner Salt Flats, in South Australia. Set against this stunning backdrop, FLATS is the story of one man’s dream to design and build the ultimate Salt Flat racer in pursuit of the land speed record.

Up in the Northern Territory, you can join the boys from Black As while they hunt for adventure and a good feed in Arnhem Land. Survive the crocs, eat bush tucker and take a wild ride in an off beat and off track, bush bash!

In 2020, our flagship automotive series Graveyard Carz will reach new heights with the release of it’s 12th season, now screening on Motortrend in the USA. “Christine”, a 1958 Plymouth Fury, steals the show – so this season is going to be killer!

Another highlight from 2019, was the premiere of football diversity and inclusion documentary series Be Dragons on Fox Sports Australia, to an overwhelming public response. We were thrilled and humbled to help bring this series to life and into the screens and hearts of millions of Australians.

Returning to the year ahead, we are on the look out to expand our partnerships with producers both here and abroad. We always work with passionate content creators, who have both talent and great stories to share and this year is no different.

We are keenly interested in human-interest documentaries with social relevance and would love to hear about your projects. Get in touch and we can have chat about your content.

A cinematic motorcycle documentary has been picked up by Foxtel’s new 4K channel. FLATS follows Nigel Petrie on a quest to fulfil his dream of laying down a record, at the DLRA Salt Flat speed trials on Lake Gardiner, South Australia.

Engineering his racer from a 350cc KTM, the film captures the passion, persistence and adventure that played out along his journey, taking in the Great Ocean Road and some of Australia’s most stunning scenery. 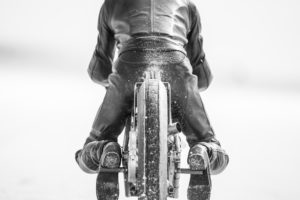 Nigel’s ‘Engineered to Slide’ workshop boasts an incredible following, and is well known in drift racing circles – another of his passions. Documenting each of his ‘builds’ in great detail and showing off the results with stunning imagery, Nigel Petrie’s expertise and talent put him at the top of his game.

Shot and produced in association with Matte Media, FLATS offers stunning 4K production values and a story that is guaranteed to inspire, enlighten and entertain audiences as vast as the salt plains themselves.

NZ Premiere – A life of its own

Choice TV, New Zealand’s digital free to air platform has acquired A LIFE OF ITS OWN – THE TRUTH ABOUT MEDICAL MARIJUANA, from Meadow Media.

This compelling documentary will premiere on Sunday April 30th at 8:30pm.

The recent Australian premiere pulled in excess of 335K viewers, a number which continues to grow across the broadcasters catch up service, SBS ONDemand.

For further information about this hot doc, get in touch at sales@meadowmedia.tv

The Australian International Documentary Conference (AIDC) has just wrapped in Melbourne. While the city turned on the weather for the event, industry reps both new and old, shared, networked and pitched their way through a slew of events.

Pre-booked roundtable sessions kicked off on Day two providing one-on-one time with key decision makers both domestic and international. Heads of local broadcasters from Foxtel, SBS, ABC and NITV lead the day with Let’s get Factual, an insight into their thoughts on what makes great factual content and what stands out for them, when making decisions across both acquisitions and commissions.

What’s the Buzz went on to discuss how the industry is adapting to new mediums and realities, while the term Specialist Factual and was then debated and deciphered, both sessions expertly adjudicated by Alison Leigh, Editorial Director, World Congress of Science and Factual Producers.

Day 3 explored the local industry through Indigenous Eye: New pathways to factual content, and perfecting the art of the cut in Trailer Surgery with The Solid States, Danny Lachevre. The FACTory pitching sessions kicked off at 10am providing a tense and exciting atmosphere as documentary producers pitched their stories directly to commissioning executives.

“Designed to bring documentary producers face-to-face with decision makers from around the world, The FACTory provides an exciting opportunity to see projects take flight”

Rounding off the day was sessions on Impact Strategy, offering producers ideas on creating a concrete campaign strategy, with a focus on inspiring social change.

Day 4 documented the hot trend of True Crime with speakers from Foxtel, A&E Networks US, ABC, SBS and the Seven Network, discussing the hottest shows drawing in the viewers, while 10 minute speed pitching sessions continued behind closed doors.

The event was peppered with public and exclusive film screenings, social networking events and 30th birthday celebrations for the conference itself.  The winner of The FACTory pitch prize went to Arun Bhattarai.

The Australian International Documentary Conference (AIDC) is being held in Melbourne from March 5-8th with a world renowned line up of guest speakers and decision makers.

Covering emerging technologies such as VR, distribution models and hot trends across the factual space, AIDC 2017 is shaping up to be a coveted networking and educational event.

Lucrative speed pitching sessions are full and the roundtables are going fast, documentary masterclasses and sessions covering everything from VR to woman in film and Indigenous content, offer an experience for every spectrum of the industry.

Meadow Media is delighted to be attending this years’ event and would welcome meeting requests from existing clients and emerging talent. Please get in touch at sales@meadowmedia.tv to book a time.

As cross platform content specialists in the non-factual arena, Meadow seeks partnerships with producers and production teams whose projects and business, centre around passionate ideas and a supportive, inspired team.

AIDC 2016 Highlights from AIDC on Vimeo.

South African motoring channel Ignition has acquired a content package from Meadow Media to spearhead their 2017 slate. Dedicated entirely to all things on wheels and offering 20 hours of fresh programming per week, Ignition showcases local and international motorsport, documentaries and reality series to satisfy both hard core petrol heads and those seeking general entertainment.

Meadow is delighted to be furthering its partnership with the channel in a deal that includes US reality series Graveyard Carz and two films from Australia’s own high profile brand Engineered to Slide.

Both brands boast impressive social media followings, bringing an established audience to the channel and their programs.

BUSH TO BELLY – SBS On Demand 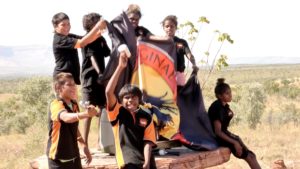 Don’t miss your opportunity to catch BUSH TO BELLY on SBS ON DEMAND.
Narrated by Deborah Mailman, Bush to Belly is a story of engagement through laughter and lattes. Empowering one of the remotest communities on earth.

For the latest updates from Meadow Media, follow us on LinkedIn

Meadow Media has secured both television and film rights to a quintessential Australian story, drenched in history and adventure.

The tale of taxi driver Charlie Heard who in 1930, embarks on a daring outback adventure at the request of his paying passenger Ada Beal, is a miraculous journey set across several states and traverses some of Australia’s most remote locations.

A remarkable feat for their day, Charlie and Ada along with Lil Wilmot and Eileen Glenny set forth in Charlie’s Hudson taxi, from Lorne, Victoria to Darwin and back again, travelling over 7000kms on a three month journey.

Before inland roads exsisted, locating fuel and food drops along the way, Charlie and Ada’s story is one of determination, mutual admiration and an evolving friendship that delves into the life of one woman who said  NO to tradition.

A decision that ultimately changed the lives of both Charlie and Ada, evoking an outback adventure set during a time of conventional gender roles and rich family values.