Recognisable by their distinctive rounded shape and polished aluminum coachwork, the American Air-stream is an icon of automotive design.
In the shadows of the Rocky Mountains there is a very special collection of Airstream’s waiting for a new lease on life, a resurrection to former glory or a modern makeover. Melding class and functionality to get these trailers back on the road, RV REVIVAL chronicles the talents and trials of the crew as they work to restore some of these most beloved, collectable trailers. Set in the US with a British producer at the helm, the audience gets the best of both worlds with this intelligent homage to classic design and the freedom of a life on the road. As the genres next hot release, RV REVIVAL season one 6×30′ is seeking expressions of interest from partners keen to secure this brand from the get go.

Want to know more about renting an RV? Check out Renting an RV – The most FAQ, Tips and Hacks

Meadow Media is excited to be adding cult hit favourite Black As to its programming slate, offering a special one-hour version of the original web series for world wide release.

Shot on location in Australia’s Arnhem Land, Black As follows four brothers who venture into the wild in search of a good adventure and a good feed. Challenged at every turn, the boys must put their ingenuity and survival skills to the test after borrowing a boat from their uncle and promising a bounty of fresh fish, croc and turtle.

The web series was a stand out hit on Australia’s ABC iView, with its popularity pushing its social footprint far and wide. With over 74K followers across its Facebook page, Black As looks set to carry its unique laughs, locale and talent across to new audiences.

Offering a unique chance to experience some of Australia’s most beautiful and dangerous terrain, Black As delivers some serious laughs and a delightful snapshot of life in the Northern Territory.

For more information about this title please email sales@meadowmedia.tv 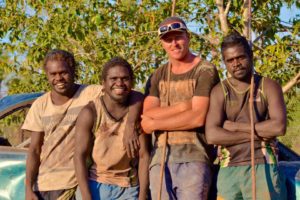 Random Aussies follows Luke, Paul and Jamie, a team of mates as they travel about seeking out the extraordinary stories within regional Australia.

Cruising in a beat-up Ford, the boys meet everyday Aussies who share their tales, characters and local knowledge to drive the reality series through spontaneous territory, the only rule is that everything is random…no crew, no script, no filter.

The greatest thing about Random Aussies is that every day and every person is different…there is no predicting what will happen, when there is no plan. But you will laugh…you will cry…and everything in between.

Jamie McInnes battled and survived serious health problems resulting in a kidney transplant, so with a new lease on life Random Aussies is his passion. Joining forces and skills with close friends Luke Massey and Paul Moore, the boys produce and shoot the series on the fly, calling on their respective talents to create the ultimate, true blue non-scripted reality series.

Paul Moore’s recent credits include Channel 7’s Winners & Losers as well as previously appearing on Neighbours and Blue Heelers. Alongside his work on Random Aussies, he currently leads the high profile web series Rostered On.

Together with Jamie’s photography and musical talents and Luke’s film production and scripting experience, Unscripted Productions was born and is now producing its third season of Random Aussies.

Season 3 (8 x 45′) is currently available through Meadow Media for world wide placement. If you would like to know more about Random Aussies please get in touch at sales@meadowmedia.tv 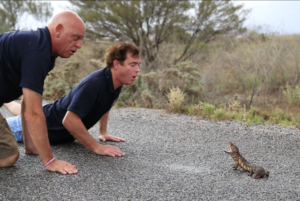 Vuclip revs up with Graveyard Carz

In a deal with Meadow Media, Vulcip Inc have acquired seasons 1-5 of the hit US reality series Graveyard Carz. The catalogue is intended to be available across all Vuclip services in the Middle East.

This is the maiden partnership between Meadow Media and the OTT giant, who’s footprint expands outside the Middle East into both Asia and India. Vuclip’s Dynamic Adaptive TranscodingTM, offers a unique unbuffered viewing experience across its online and mobile platforms.

Meadow Media are the exclusive distributers for Graveyard Carz, currently in its 7th season. For more information join us on LinkedIn or get in touch via belinda@meadowmedia.tv

Meadow Media has secured exclusive distribution rights to a new reality series Desert Collectors (13 x 60′) set in the goldfields of Western Australia – Australia’s Wild West – a region of outback Australia that owes its existence to the Gold-rush of the late 1880’s. An area bigger than Texas, it boasts spectacular scenery and is steeped in history and heritage.

Although, mostly desert and sparsely populated the area is one of the largest gold and nickel mining areas in the world and is home to many unique and eccentric people.

Desert Collectors is a Reality TV series in the tradition of shows such as American Pickers and Pawn Stars, but, with a uniquely Australian perspective, humour and spontaneity.