Australian actress, Taya Calder-Mason, looks set to make a mark on the film industry with her short film Fight Like a Woman, tackling the hot and controversial topic of gender equality, told through the story of a mixed gender boxing match.

“Society is moving forwards every day and the gap between genders is becoming smaller and smaller, still nothing has really changed in the boxing industry. I’ve been boxing at my local gym for 3 years so it’s a real dream to join forces with my two passions and share my views with the world.” 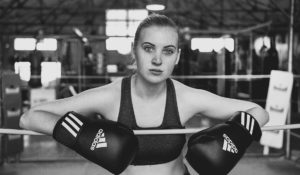 Fight Like a Woman is slated to start production in her hometown of Newcastle this month, on which, she will tackle the challenge of both directing and starring in the film. With plans to hit the festival circuit next year, this film will undeniably pack a punch both here and abroad.

Acting roles have been flowing consistently for Taya since landing a key role in Australian horror Beast No More (due to be released in 2018), allowing a pathway to expand her talents across other arms of the industry.

“It’s such a joy to be able to incorporate so many of my female friends” actress Kate Hardy (Syd2320, Chapter One: Book Club) will be assistant director and Lucy Woolfman (Gods of Egypt, Deadly Women, Skinford) will be the SFX makeup artist.”

“Hopefully due to the theme of the film being relevant in today’s society the market will really get behind it. Also, due to its running time (5-6minutes) I’m hopeful it will gain some online attention.”

Based in Australia, Osei Owusu Banahene is a self-taught, passionate independent documentary filmmaker from Ghana, with over 10 years experience. Working with production companies, television networks and on movie sets in his homeland, Osei’s resume boasts producing, directing, editing and cinematography credits. 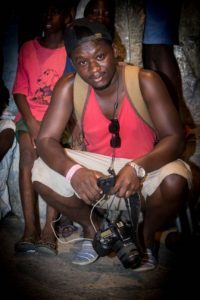 Currently working as a freelancer based in Geelong, Victoria, Osei has worked with the Victorian Multicultural Commission, Polyglot theatre and Multicultural Arts Victoria, among others.

As an independent, he has produced and directed documentary films that have shown at various prominent International Film Festivals in Africa and is currently the only Shutterstock contributor from Ghana. In 2013, he contested in the Shutterstock Stories competition and emerged as a finalist. Later the same year, Osei’s first documentary short Alligator Kids, made a huge impact online and was instrumental in securing help for the three young stars of the film, who all suffer from Lamellar Ichthyosis (commonly known as Alligator skin) and whose lives were in jeopardy.

In 2015, he participated in a range of industry festivals across the continent, the Berlinarn Talent Durban, People to People Documentary Conference in South Africa and African International Film Festival in Nigeria.

A pinnacle in his career progression came in 2016 when he won a Ford Scholarship to attend a short course in Documentary film making, at the Montana State University in America. While latest documentary feature film Where We Belong, was selected and pitched at the Durban Film Mart in South Africa. Currently his short documentary film Still Kicking is screening at film festivals around the world.

Prior to finding his passion for documentary, Osei made a name for himself as a music video director with over 40 credits under his belt. Working with a number of high profile Ghanaian musicians such as OJ, Daughters of glorious, Ohemaa Mercy, Bernice Offie, Richie, Asem, Okyeame Kwame and Obrafour. Three of his music videos have won awards.

Osei is a rising talent across the documentary genre with a passion for nature and shedding light on important issues through his films. With a can-do attitude and team work ethic, Osei collaborates with the like minded to empower his subject matter and leave an impact with his stories.