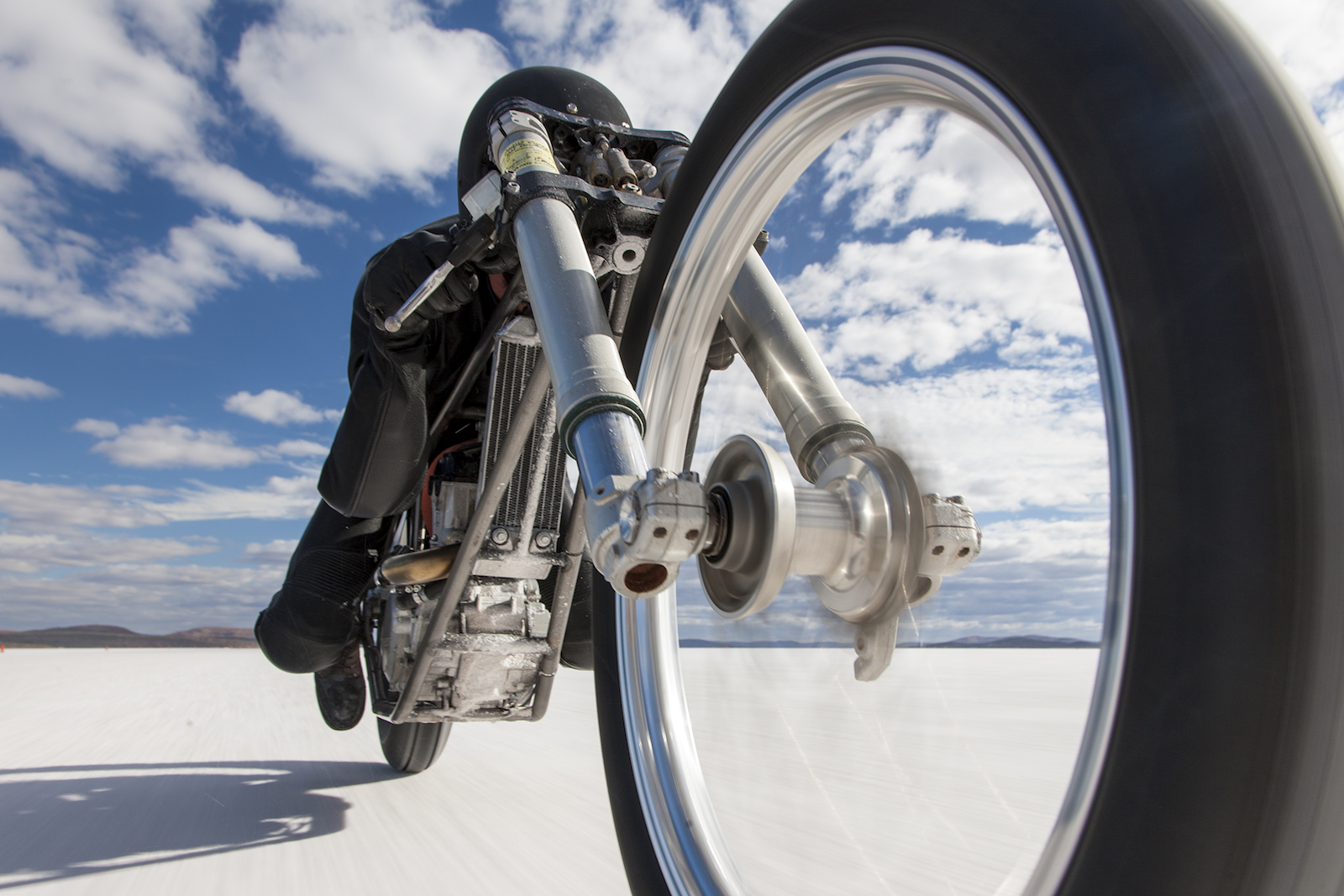 Meadow Media is delighted to have secured exclusive distribution rights for two documentries featuring Nigel Petrie of Engineered to Slide. Well known in drift racing circles, Nigels talent and dedication to building motor vehicles from scratch is the stuff legends are made of.

In 2015, Nigel embarked on a journey with a group of friends to realise a dream of laying down a record at the DLRA salt flat speed in trials on Lake Gardiner, South Australia. A desire to build his own machines and the pursuit of speed lead Nigel Petrie to create a Salt Flat Racer from a 350cc KTM. The childhood dream of setting a land-speed record fuels his journey to the DLRA 25th Annual Speed Week.

FLATS offers stunning 4K production values and a story that is guaranteed to inspire, enlighten and entertain audiences as wide and as vast as the sale plains themselves. The film captures the passion, persistence, adventure and heartache that played out during their journey, against the backdrop of some of the most beautiful and rugged landscapes of Australia.

What happens when your dream car doesn’t exist? You have to build it. Nigel had a vision that wouldn’t leave his mind and for over 3 years he mentally worked through the steps that would turn his vision into a reality. A captivating snapshot into the personal challenges one man faces when he undertakes the project of his lifetime, Dream.Build.Drive is an inspiring documentary that follows Nigel Petrie on his unique quest to dream, create and drive his dream engineered to slide drift ute.