New to the Meadow Media catalogue is documentary special MY SAGA.

The sixty-minute film chronicles one man’s journey to connect with fellow fans of one of the world’s most famous movie franchises. Known for their unparalleled obsession and dedication, these fans are family, connected by a passion for a world imagined by George Lucas and brought to life through numerous films.

Following a brain tumour diagnosis, Adam Harris and his young son Jack, travel to America to meet characters, cast and crew, while exploring the fan community in the lead up to the release of Star Wars Episode VII: The Force Awakens.

This film delves deep into the unprecedented bond between generations of Star Wars fans and follows Adam’s dream to connect with family, through the love of a galaxy far, far away. 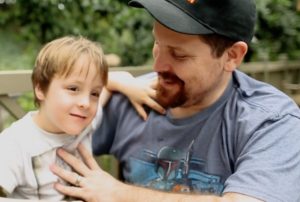 Straight from the Graveyard Carz workshop comes History in Reverse, a brand new way to experience the excellence and craft of Mark Worman and his team at Graveyard Carz.

Fans can now explore a single build from start to finish within one episode, each focussing on the parts, process and cars behind some of the most successful resurrections the show has produced. 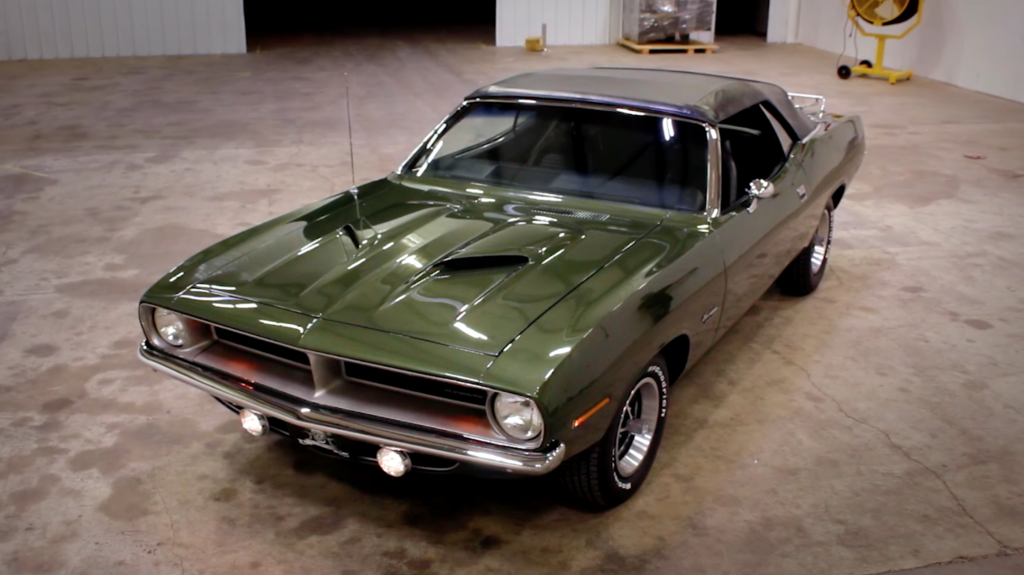 Graveyard Carz is currently shooting its 10th season, after a phenomenal success of seasons 8&9 pushing their following to new heights, both online and for broadcasters in the US, France and Australia.

History in Reverse is dedicated to the cars, from the famous Phantom Cuda to the General Lee and more, this series adds value to the brand and provides a walk down memory lane for those MOPAR fanatics that just can’t get enough, and, there are plenty of them.

For more details about this series please get in touch sales@meadowmedia.tv

World class documentary, Wantok Meri, focuses on the lives of the women of Papua New Guinea and has been selected for the ABC Australia network.

The documentary follows the stories of seven women in the lead up to the 2017 election, which they hope will prove a pivotal point for their nation, currently entrenched in a patriarchal society.

“When we come out of the house, when we come to work. We are the strongest women, we can do our work, we can stand and make decisions at the place of work.” 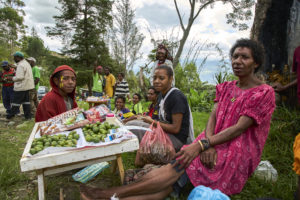 The films’ stars come from a variety of callings; Entrepreneurs, Tourism professionals, Teacher’s, and Police Officers. These women whole-heartedly speak of their early struggles, the turning points they have reached and their current motivation to improve the lives of their families.

Paupa New Guinea is different, the clash of cultures is stark and dramatic. It’s common to see woman selling produce on the side of the road, next to the latest mobile phone cards. What impact will the technology have? According to some; no one is spending time learning the traditional ways, they are all on facebook!

A LIFE OF ITS OWN heads to Netflix

We are excited to announce that A Life of its Own – The truth about Medical Marijuana, is now available on Netflix. The streaming platform acquired rights to significant territories, in a deal facilitated by Meadow Media.

The documentary is dedicated to providing clarity and understanding around one of the world’s most stigmatised and controversial issues – medicinal cannabis. Award-winning journalist, Helen Kapalos, takes the audience on a wide-ranging voyage of discovery addressing the complex issues facing its use.

Premiering to a significant audience on SBS in Australia, don’t miss this opportunity to catch the film and join the conversation, available now on Netflix.

A Life of its Own, as described by the Huffington Post “ is what the medicinal cannabis debate needs”.

Further enquiries can be emailed to sales@meadowmedia.tv

A male dominated tribal culture is troubled by the impacts of modernity. The women of Papua New Guinea speak out, but will they be heard?

WANTOK MERI, is the story of seven women from remote Papua New Guinea who tell us of their struggles, successes and dreams. These women are smart and articulate, this is their story. In a fresh approach to the storytelling that needs no explanation, Wantok Meri is a timely documentary in the lead up to the APEC Summit held on the island this November.

Amidst the turmoil and uncertainty bought about by the collision of ancient and modern life, the woman of Papua New Guinea have a vision for their future.

Recognisable by their distinctive rounded shape and polished aluminum coachwork, the American Air-stream is an icon of automotive design.
In the shadows of the Rocky Mountains there is a very special collection of Airstream’s waiting for a new lease on life, a resurrection to former glory or a modern makeover. Melding class and functionality to get these trailers back on the road, RV REVIVAL chronicles the talents and trials of the crew as they work to restore some of these most beloved, collectable trailers. Set in the US with a British producer at the helm, the audience gets the best of both worlds with this intelligent homage to classic design and the freedom of a life on the road. As the genres next hot release, RV REVIVAL season one 6×30′ is seeking expressions of interest from partners keen to secure this brand from the get go.

Want to know more about renting an RV? Check out Renting an RV – The most FAQ, Tips and Hacks 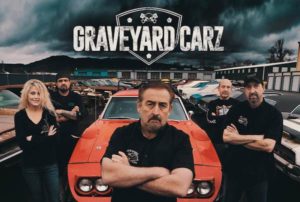 Doc – the rise of Japanese technology

Explore the impact of its progress across both the transportation and robotics sectors and the effects of these advancements on the people, culture and infrastructure.

This off beat documentary features interviews with academics and experts in the fields of technology and culture, and looks to shed light on just how Japan came to excel in this space, while bringing some of mans wildest innovations to the forefront of modern society.

The trailer is available to view here

For more information or to request a full screener of this documentary, please email sales@meadowmedia.tv 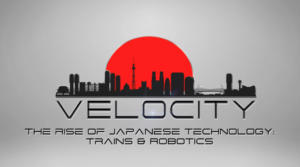 Welcome to a new year

As we kick off the new year and look forward to 2018, it’s also the time to reflect, celebrate and share the big year that was 2017.

We were excited to learn that Australia’s own Northern Territory “Prince’s” are back charting their mad adventures with Season 2 of the cult series BLACK AS in production now. BLACK AS a hit web series for ABC domestically, is available as a 60’ broadcast version and 5’ shorts for international platforms. We can’t wait to see what mischief the boys get up to in this next instalment due for release 2018.

The Truth about Medical Marijuana explored in a poignant documentary A LIFE OF ITS OWN by award winning journalist Helen Kapalos premiered on SBS Australia pulling over 350K viewers on its linear channel and boosting ratings further with digital viewers via On Demand.  A second run in December attracted similar numbers and it’s currently available on SBS On Demand in case you missed it! Choice TV New Zealand also took the territories first run in what the Huffington Post described as “the documentary the medicinal cannabis debate needs”. The world-class title has also been picked up by a major SVOD player with more details to be announced soon.

Our Automotive programming continues to shine with GRAVEYARD CARZ set to premiere Seasons 4 & 5 in Australia. Velocity in the US continues to be the home for GRAVEYARD CARZ with season 8 currently on air. With close to 3 million followers across socials and building a qualified world wide audience GRAVEYARD CARZ offers broadcasters an immediate return on investment. This reality powerhouse continues to deliver the goods season after season, so, get ready for Season 9 due to roll out in 2018.

Cinematic motorcycle doc FLATS from the garage of Engineered to Slide found a home on UHD platform INSIGHT TV in a partnership that was simply born to be. Stay tuned for more from producer Nigel Petrie during the year ahead!

Get set for World Cup fever in June, 2018. Don’t miss out on our football documentary series HOW MUCH IS ENOUGH perfect programming as a lead in for your pre-cup schedules. This 4-part series explores the history of the football transfer system and charts the development of the million dollar player transfers.

In company news, Meadow welcomed a number of new partnerships with producers both here and abroad and we look forward to collaborating on several exciting projects in 2018.  As our development slate continues to grow, we will open discussions with platforms and linear networks to secure a home for a number of these titles and look forward to charting their progression for all involved. AIDC (Australian International Documentary Conference) will kick of the local industry events in March promising a world class lineup of decision makers, influencers, commissioners and funding bodies in a series of sessions and round tables, for all to attend. We hope to see you all there.

Now, stepping into what is shaping up to be a busy year we invite you to follow us on socials. An easy way for you to stay up to date with our releases or get in touch here for more information about any of our titles.

We love to connect and explore possibilities with producers seeking support with finished content ready for the market place or with passion projects you are trying to have realised.  Feel free to contact us here and we look forward to hearing from you.
Wishing you all a fantastic and fruitful year ahead filled with abundance and success.

“I believe that if one always looked at the skies, one would end up with wings” Gustave Flaubert 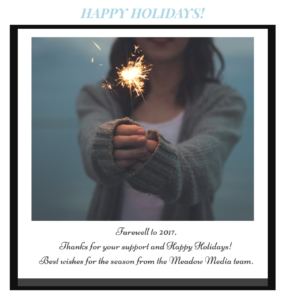 US reality favourite Graveyard Carz is firmly into production of its eighth season. The automotive powerhouse brand boasts a world wide following across its platforms, offering an qualified audience of Mopar fanatics ready to tune in to Mark Worman and his team, as they bring muscle cars back to life.

Produced by The Division productions, this season is being shot in 4K with the option for a HD or UHD delivery. A flagship title for Velocity in the US, Graveyard Carz season 8 is available in other territories early 2018.

Don’t miss the opportunity to add this series to your slate, email us to find out more.