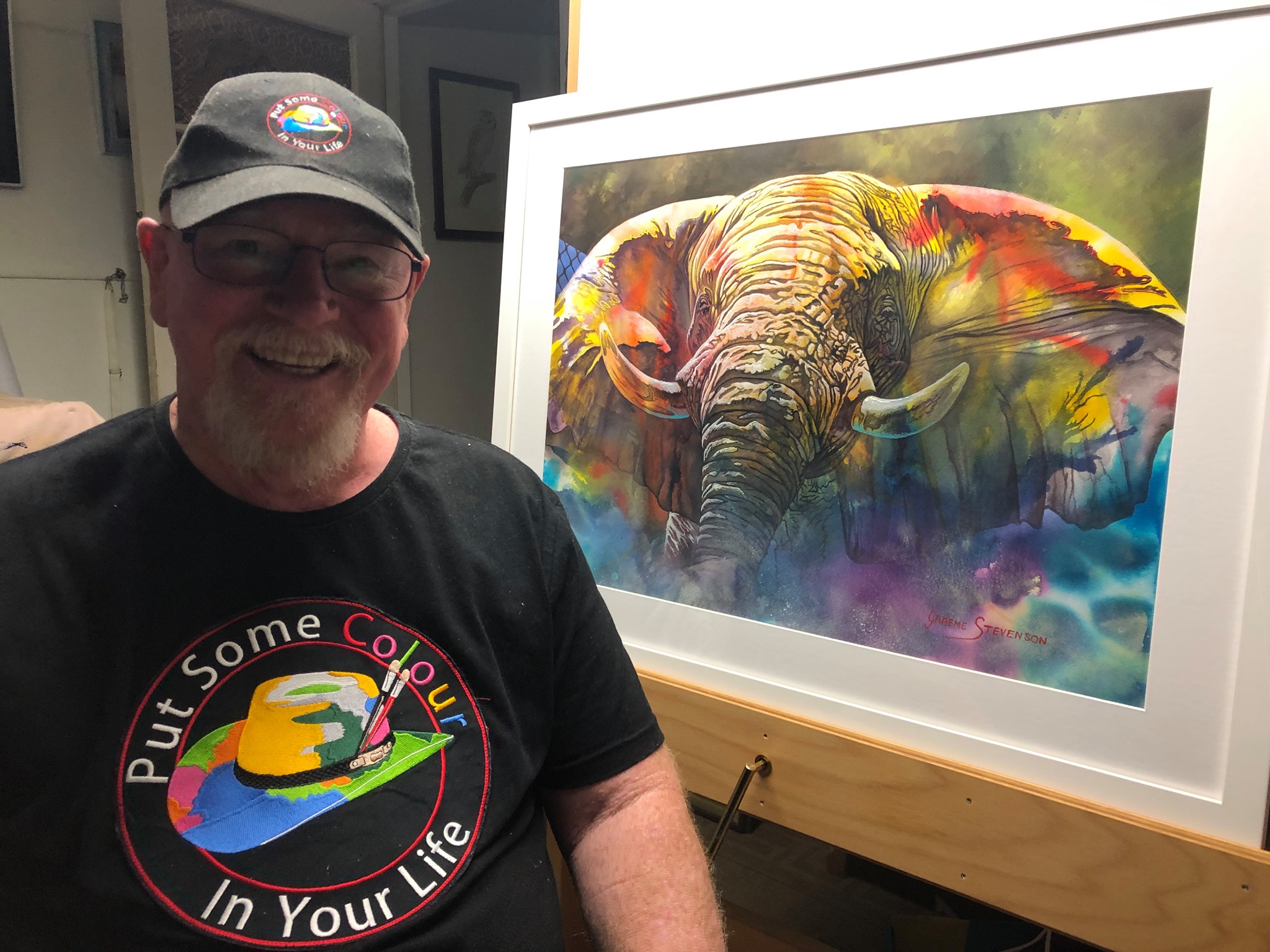 AUSTRALIAN TV SERIES ROCKETS TO THE MOON WITH SPACEX AND NASA

Art TV show, Put Some Colour in Your Life, received the exciting news that all 22 seasons of their art series will be included in the Lunar Codex.

As part of the ‘museum on the moon’ Put Some Colour in your Life will be rocketed into space via the Astrobotic Griffin / NASA VIPER ROVER / SpaceX Falcon Heavy mission, headed to the Lunar South Pole and due to land in 2023.

Graeme Stevenson OAM, CEO and founder of Put some Colour in Your Life was over the moon when payload coordinator and curator Dr. Samuel Peralta (Physicist), confirmed that the close to 300 artists who feature in the series will be represented.

Filmed over the past 12 years across seven countries, the series which is based in Murwillumbah, Northern NSW, Australia, films 24-minute TV art documentaries about artists in their studios.

“When I began this business back in 2009,  my vision was to build a library of the minds of artists, preserving a digital record of creative spirit, culture, and techniques for future generations”, Graeme explained,” I had no idea that the library would be kept on the moon.  It is just mind blowing! “

“The Lunar Codex is a project to preserve contemporary creative arts for future generations, a message-in-a-bottle to the future,” explained Dr. Samuel Peralta, creator of the enterprise. “It is sending the work of 5000+ creative artists to the Moon in three lunar exhibits / time capsules to be launched via three separate missions to the Moon over 2021-2023.”

Put some Colour in Your Life will be joining the Polaris Collection, on the third mission and is mentioned in the Peregrine collection in the first mission.   Polaris data will be on nickel-shielded memory cards. The series archive will join other short and full-length films already included in the time capsule, including several feature films and short films, documentaries, and an Emmy Award winning film.

Some of the Colour in Your Life artists included in this collection are Ken Done, Ernie Dingo, Eric Rhoads, the world’s leading art promoter, Joseph Zbukvic, number one water colour artist in the world, De Gillett, Alvaro Castagnet, Herman Pekel.

“Our hope is that future travellers who find these time capsules will discover some of the richness of our world today,” Dr. Samuel Peralta said. “The Lunar Codex speaks to the idea that, despite wars and pandemics and climate upheaval, humankind found time to dream, time to create art.”

For screeners and queries about Put some colour in your life, please contact: